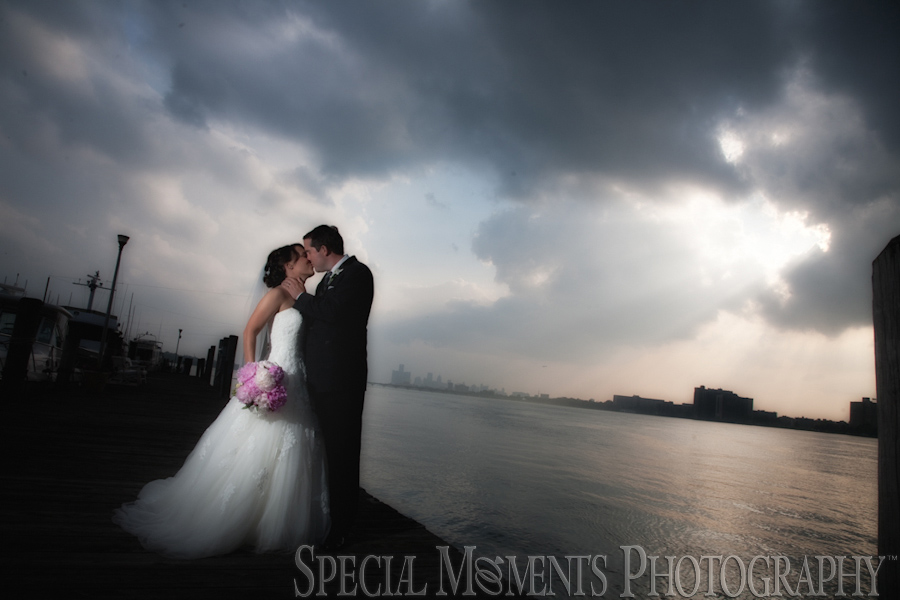 A night to remember it was.  We started out the day getting ready at the Yacht Club and had the first look photos out on the back porch overlooking the Detroit River and skyline.  They then jumped on the limo bus to head off for some photos at the Heidelberg Project, then to some blown out buildings around town.  Later, back at the club, we rejoined the family for a wedding on the south lawn.  The rain held up, but the sky was looking pretty ominous at times.

If you have attended a wedding at the Detroit Yacht Club you know just how romantic a walk along the long covered porch at night can be.  Later that night while we were shooting out on the dock we happened to catch some fireworks!

I LOVE THESE!!!!! I don’t know if I was able to iterate to you how much I really love the pictures. Thanks for everything! You were so easy to work with and so much fun. And I can’t get over how fantastic the pictures are! Pretty much, YOU ROCK! Love you Alice:)