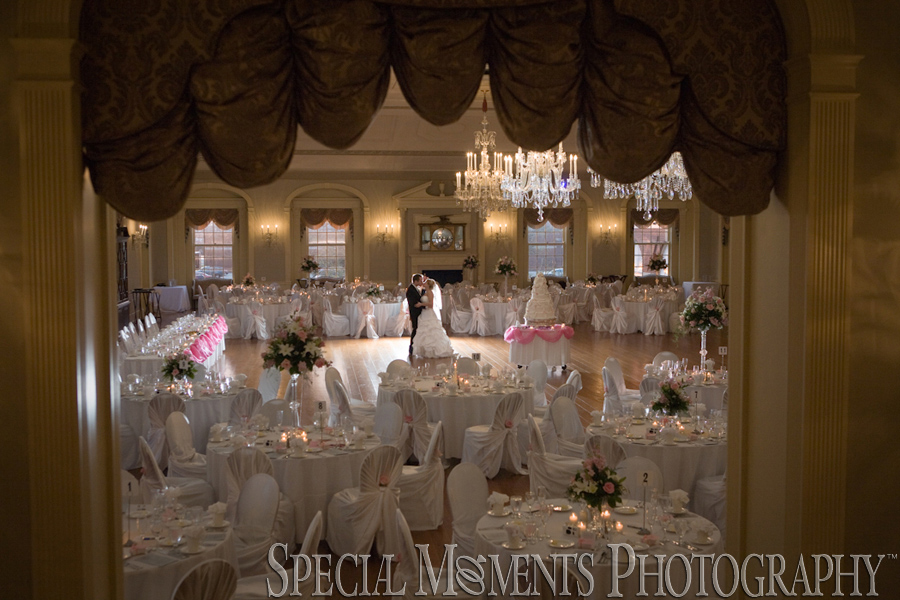 We were looking back through some of the weddings from some stellar churches, and came across Heather & Rob’s ceremony at St. Florian Roman Catholic Church.  They chose to see one another before the ceremony, (time did not allow for that to happen in between ceremony and reception) and they wanted to get some shots taken at Greenfield Village and around the grounds!  They said taking the time out to play and have fun together with their friends was critical

– And look at the fun they had!  Everyone loves the Model T shot!  The ceremony was held at St. Florian Roman Catholic Church in Hamtamck, and it is stunning!   After the ceremony everyone headed for Lovett Hall in Dearborn.  Another favorite is Heather & Rob stealing a moment to dance in the room before anyone arrives, it is breathtaking!  Lovett Hall has a phenomenal reputation for hosting some of the most beautiful weddings and Heather and Rob’s was no exception!